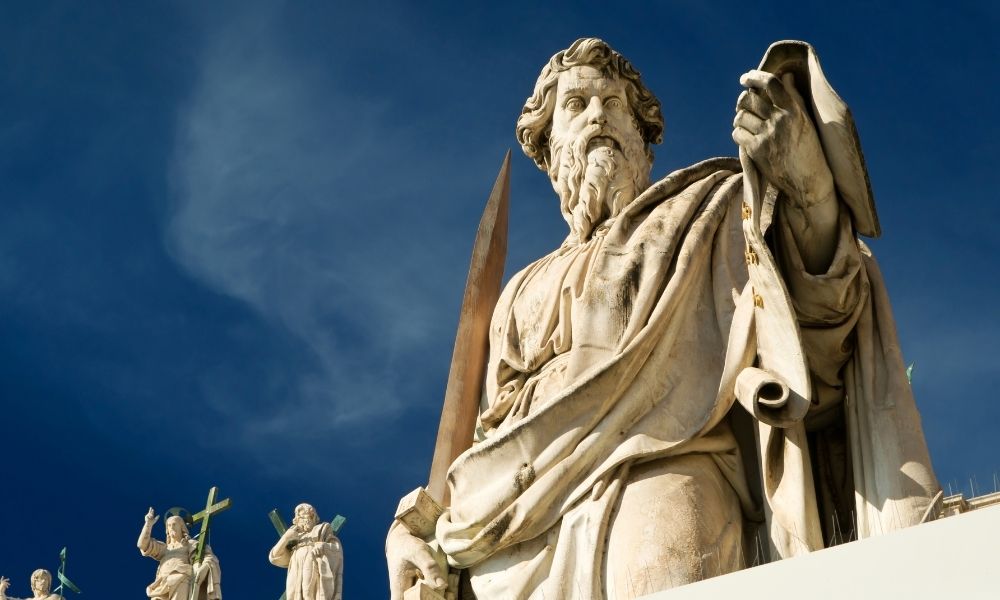 When we talk about the most important people in the Christian religion, one name looms large. While Jesus is the central figure in the faith, Christianity goes beyond his teachings, building upon those of the Jewish prophets who preceded him and the early Christians who spread his word. In addition to the man himself, you should know more about these influential figures in Christianity from both within and beyond the pages of the Bible.

Abraham is the patriarch of what we call the three Abrahamic religions: Judaism, Christianity, and Islam. All three of these faiths worship the “god of Abraham,” although in very different ways, even within themselves. According to Jewish tradition, Abraham is the first Jew—the first person to forge a covenant with God as the chosen. In Christianity, Abraham is a great prophet, one whose covenant extends to Christians as well as Jews. Muslims too regard Abraham as a significant prophet, one whose devotion to God would set the tone for the later prophet Muhammad. The story of Isaac, Abraham’s son, is perhaps one of the most important stories of the Bible and of the monotheistic world. After his wife struggled to conceive for many years, God spoke to Abraham, commanding him to sacrifice his only son atop a mountain as a display of faith. Heeding the call, Abraham went forth to sacrifice Isaac, only for God to intervene, making it clear that unlike the practices in other places, human sacrifice was no condition of their covenant. The tale underscored the importance of devotion to God and the comparative sophistication of the Abrahamic faiths.

Christianity diverged from Judaism with the teachings of the Apostle Paul. As he preached to the gentiles, or the non-Jewish tribes of the region, Paul stressed that though Jesus himself was a Jew, one must not follow the laws of the Jewish people to follow the teachings of Jesus. Making this distinction transformed Christianity from a denomination within the greater Jewish religion to an altogether new one, one that would borrow and synthesize traditions from other peoples. As the likely author of nearly half of what we know now as the New Testament, Paul the Apostle is largely responsible for what we know today as the Christian faith.

One of the most influential figures in Christianity doesn’t lie within its holy texts—rather, he commissioned their translation into English, which would one day become the lingua franca of the world. The first king of a then-loosely unified Scotland and England, James wished to have a Bible written in the English language with the most accurate, word-for-word translation possible from the original Hebrew and Greek. You can experience this faithful translation for yourself with selections from our online Bible store, featuring the King James Version in its original form as well as expanded study and reference editions for deeper reflection.