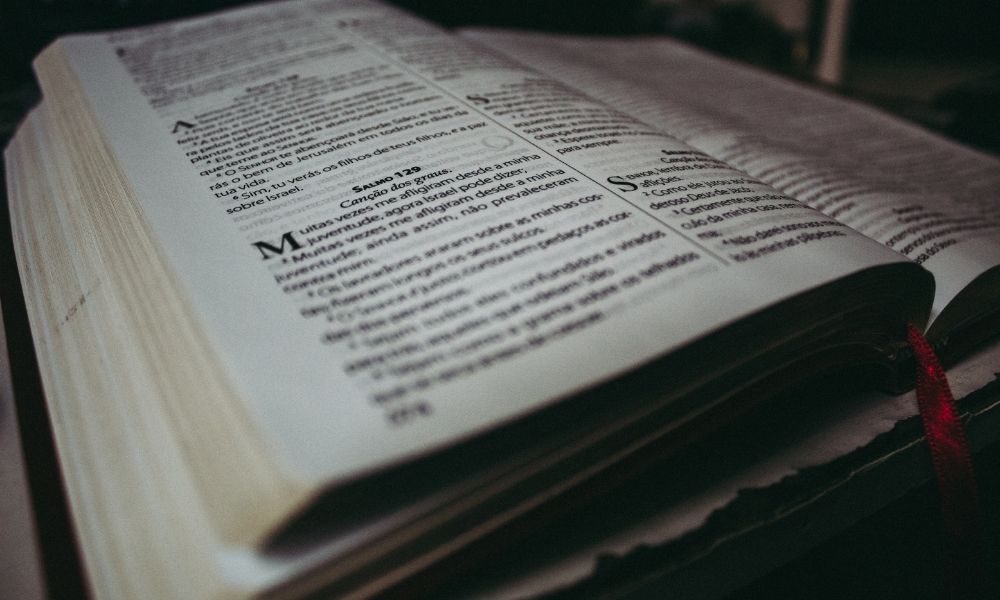 The English language varies across time and space. Australians and New Englanders don’t always understand each other clearly, and back in England, you can even notice different dialects between two neighboring towns. Read an old copy of the United States Constitution, and you may ask yourself, “Why does an s sometimes look like an f without a crossbar, anyway?”

The King James Version of the Holy Bible is an enduring work of English literature. First published in 1611, today’s readers have access to nearly the same scripture as English Christians did in the 17th century. Playing a part in this continuity is part of what makes reading it so special. It’s also what can make reading it a challenge. While the KJV has stayed in print, English has evolved around it, adding, subtracting, and modifying words in such a way as to make its text feel foreign. Some of the following common archaic words in the KJV Bible may be confusing to contemporary anglophones. Understanding them without having to resort to a compromised translation will allow you to enjoy the splendor of the King James Version while fully understanding its books.

Your first impulse may be that this has to do with anonymity. Instead, anon means “immediately,” representing an intermediate step in English evolution between “in one” and “at once.”

Bewray and its conjugation bewrayeth relate to “betray,” not in the sense of treason, but to make visible or disclose. This is similar to how we might say that someone betrays their real intentions.

Furlong is a relic of the English system of measurements. We don’t measure as much in furlongs as we may have in the 17th century. So, you may be unfamiliar with its meaning. One furlong is simply one-eighth of a mile. According to Luke 24, Emmaus and Jerusalem are “threescore furlongs” apart. Since we know from the Gettysburg Address that a score is twenty, 60 furlongs would be 7.5 miles—not a bad walk in those days.

A list of the common archaic words in the KJV Bible would be incomplete without mention of thee, thine, and thou, which mark this immortal work as a product of its time. English speakers who learn Spanish or French quickly notice that their own language is missing something quite important: a second-person plural pronoun. It’s a problem we’ve tried to fix with verbal band-aids like “you guys,” the Southern “y’all,” or Pittsburgh’s unique “yinz.” It’s actually a recent problem, though. In the 17th century, “you” was the second-person plural pronoun. For the singular, we used:

To enjoy the Bible, buy the King James Bible in its 1611 edition and read it just as James VI & I’s esteemed body of translators wrote it. For additional assistance with troublesome archaic words, consider a study Bible with a helpful glossary.