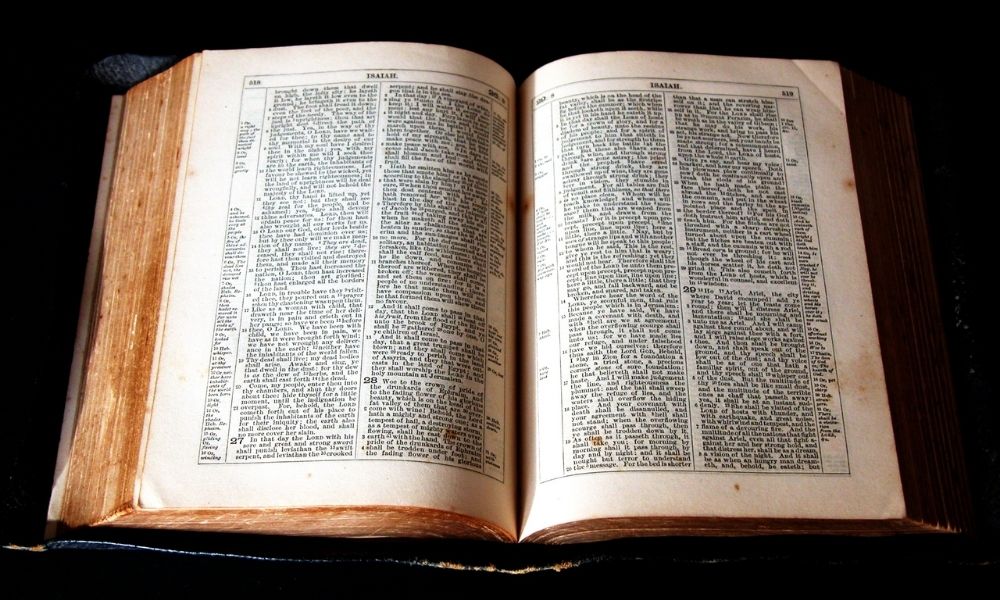 Before the compilation of the books that would make up the New Testament, the books that would make up what we now call the Hebrew Bible were the scripture of the Jewish people and the earliest Christians, themselves a radical sect of Judaism. By the 3rd century BC, the Macedonian Empire of Alexander the Great had taken hold in the Middle East, and most people in this greater Hellenistic world did not speak Hebrew. Instead, they spoke Koine Greek, a dialect that functioned as a lingua franca throughout this Greek-influenced sphere which spanned from Southeast Europe to Central Asia. During this time, Judaism itself entered its Hellenistic period, a time in which the Jewish people synthesized their native religious traditions with the prevailing Greek culture. In an effort to bring the books of the Tanakh, or the Hebrew Bible, to non-Jewish people, King Ptolemy II commissioned 72 religious scholars to perform a translation of the Torah into Koine Greek. Over time, scholars translated the additional books. In recognition of the original council of translators, this work became known in Greek as The Translation of the Seventy. Centuries later, under the Roman Empire, this work took on its more familiar, albeit anachronistically Latin name—the Septuagint, or the LXX.

While the King James Version draws its translation of the Old Testament from the original Hebrew of the Masoretic Texts, translations used in branches of the Eastern Orthodox Church rely on the Septuagint to bring the books of the Old Testament and the Apocrypha into the vernacular languages of the Orthodox world—languages such as Russian, Serbian, Romanian, Bulgarian, and Arabic. The Greek Orthodox Church, where Koine Greek endures as a liturgical language in the same fashion as Latin does in the Roman Catholic Church, still uses the Septuagint itself these many centuries later.

The Roman Catholic Church, with its hierarchical organization, is the largest church in the world. Its landmark translation of the Bible into Vulgar Latin was a pivotal moment in the growth of the church. Jerome of Stridon, now a saint in the Catholic Church, embarked upon a translation of the Septuagint and the books of the New Testament into Latin, replacing former Latin translations that had circulated for centuries.

While the Vulgate heavily influenced the Latinate stratum of the English language, the Vulgate itself would also make its way into English, New Testament before Old, in 1582 and 1610. This translation, known as the Douay-Rheims Bible, was a strike against the burgeoning Protestant Reformation, a movement that sought to democratize Christianity by making its texts compatible with local vernaculars. The goal of the Douay-Rheims Bible was thus to maintain the primacy of the Vulgate translation and the Catholic Church in the face of growing Protestantism, and using its translation of the New Testament as a resource was a willful omission by the translators who undertook the task of writing the King James Bible. Today, English Mass readings use the Jerusalem Bible, the New American Version, or a special edition of the Revised Standard Version which includes the Apocryphal and Deuterocanonical books—selections that Protestant-favored editions such as the King James Version continue to omit.

Just as the King James Version had a lasting effect on the growth of the English language, so too did the Luther Bible on the German tongue. Before Martin Luther translated the Bible from its original Hebrew and Greek in 1534, there were numerous High and Low Germanic dialects that battled for supremacy throughout the Teutonic lands. Indeed, Germany was still not yet a unified state, a development that would not come until the time of Otto von Bismarck. But by settling upon a Saxon dialect of German for his translation, Luther significantly contributed to the standardization of the German language as we have come to know it today. This encouraged the development of a national literature built upon Luther’s signature style of prose and finally the basis of a cohesive German identity. The availability of the Bible in the German vernacular was a major catalyst for German literacy, as the accessibility encouraged people to learn to read who otherwise may not have taken that initiative.

With nearly half a billion speakers, the vast majority of whom reside in Latin America, the Spanish language is crucial to both the Roman Catholic heritage and an emergent Protestant tradition developing in South America. While Spanish editions of the Jerusalem Bible hold the greatest popularity among Spanish-speaking Catholics, it is the Reina-Valera Bible that is the translation of choice among the growing population of Protestant Hispanophones, particularly Episcopalians. The Reina-Valera Bible’s position in the Episcopal Church, as well as its elevated style of prose, makes “the King James Version of Spanish” an apt descriptor. In fact, the Reina-Valera precedes the King James Version by just a few years, having first been published in 1602 to the KJV’s publication in 1611.

Though the work of translating the Bible is truly history’s work in progress, one that continues to this day with more and more vernacular paraphrasings of the original texts, our brief history of Bible translations concludes today with the version we hold dearest: the King James Version of 1611. Often referred to as “the only great work of literature written by committee,” the prose of the KJV has not only influenced the English language to this day, but millions of anglophones still make this version their translation of choice, with alternative modern translations only recently supplanting it on the list of bestselling Bibles. The KJV Store offers the KJV Bible for sale in attractive leather-bound volumes, or supplemented with study and reference guides for your deeper explorations of faith and scripture.